Wipe off the dust from your bike and head to Legana!

Consultation undertaken in 2017 with Legana’s young people identified that a recreation area should have spaces for active sports such as climbing, parkour (obstacle course), ball courts, bike activities and areas with skating elements.

Liberal member for Bass Michael Ferguson provided $136,000 in funding for the Recreation area in February 2018, supported by the Tasmanian Government. Upgrades were officially opened in May 2019, including a full size basketball court with down ball line markings, tables and seating to compliment the new BBQ area, free Wi-Fi, rock climbing Bloqx and multi shared pathways with skating elements.

Further consultation was undertaken in 2019 for the new Youth Strategy, with respondents identifying that mountain bike tracks and bike friendly facilities were needed in the West Tamar. This was reiterated by members of our Youth Advisory Council who suggested that a pump track would be a valuable addition to the Legana Recreation Youth Space.

The West Tamar Council’s Stimulus Capital Works Package 2020/2021 allocated $150,000 for the construction of a pump track, ancillary landscaping and civil infrastructure in Legana, with an additional $50,000 added to the project from the Tasmanian Government’s Improving the Playing Field Grants.

At the September 2020 Council Meeting, the tender from DirtArt and Rob Potter for the construction of a 500m2 pump track was approved, and work started in October. Council’s Infrastructure Department also undertook drainage and landscaping work around the track to complement the project.

“Legana residents have been asking us for a youth space as the suburb continues to expand, so we consulted with the young people in the area about what they wanted it to look like and we’ve been working to create a youth recreation space to suit the diverse range of needs which were identified,” Mayor Christina Holmdahl said.

“I am pleased that we can now provide this area for Legana Youth to call their own, with the first pump track in our municipality to satisfy the increasing popularity of bike activities.” 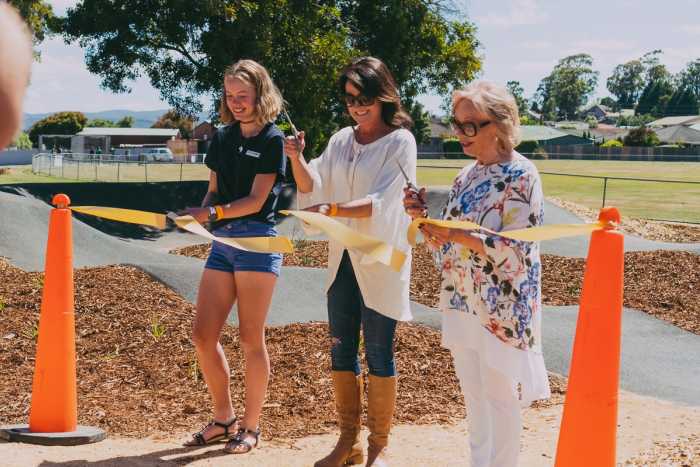 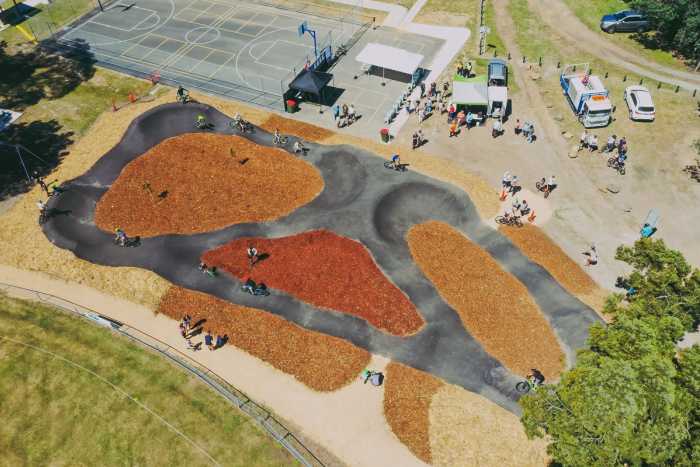